The majority of the work you do with Lightrun, including troubleshooting, debugging, performance testing, and the like, is performed directly from either your IDE or the Lightrun CLI. When working from the IDE plugin, you can add Lightrun actions (logs, metrics, snapshots) to the relevant code line in the source code of your live app and then view the relevant output as well.

The remainder of this article describes:

To use the plugin, make sure you have: 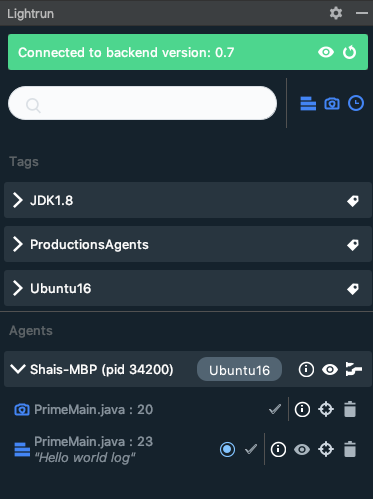 Additionally, you can view dynamic logs in real time directly from the Lightrun Console, located in the bottom sidebar.

From the dynamic search field, you can search for dynamic logs and snapshots from within specific agents. As you start typing, the list of agents updates dynamically. 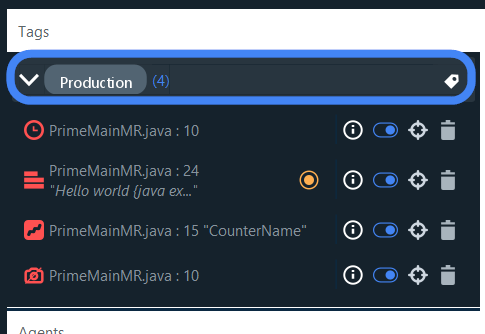 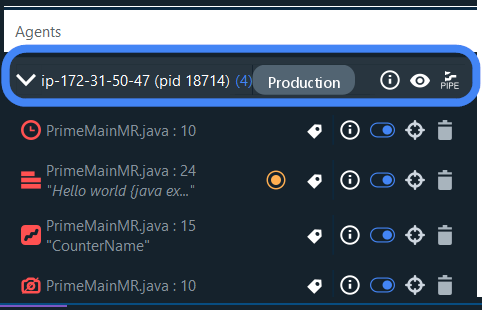 The panel at the top of each list contains the following information: 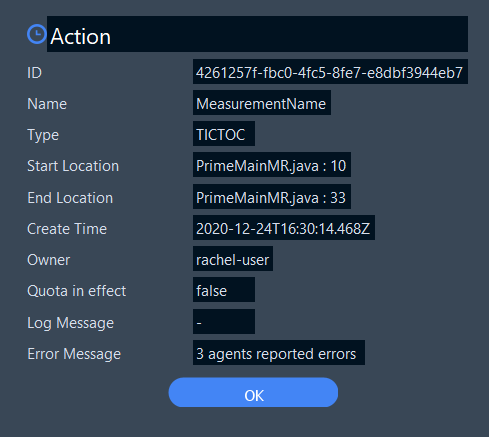 For agents, the Details appear similar to the following, including details about location, versioning, associated tags and the piping mode: 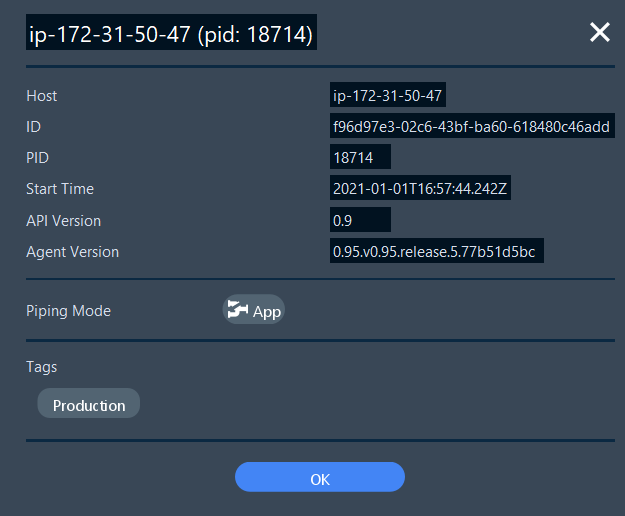 Read more about how to view dynamic logs, metrics, and the stacktrace based on the instrumentation you added.